We're putting a literary spin on March Madness! In this competition, characters will go head-to-head in a teen dystopian bracket. Read on to learn more about the “players” and follow us on social media to cast your vote every Friday (starting today!) through our Instagram and Facebook polls. Or, stop by the Fairfield Teen Room throughout March to vote for your favorites in person. At the end of the month, we will tally up the votes and announce the winner on social media!

Alice from A Blade So Black by L.L. McKinney

Seventeen-year old Alice Kingston has a lot on her plate. Aside from being a teenager with an overprotective mom, Alice also has a secret: she’s a Dreamwalker with special fighting and magic skills. As a Dreamwalker, she is responsible for guarding the gateway to Wonderland and preventing monsters, also known as “Nightmares,” from crossing from the dark realm into her city. But just as she’s considering retirement, Alice learns that her mentor has caught a mysterious illness. Fierce and heroic, she ventures into Wonderland and risks it all in order to save him.

Laia from An Ember in the Ashes by Sabaa Tahir

Laia and her family lead a humble life under the tyrannical Martial Empire, where those who vow anything less than total allegiance to the Empire risk being executed. But Laia’s quiet existence comes to an end when her brother is charged with treason. To save her brother, she agrees to join the Empire’s elite military academy and jeopardizes her life to act as a spy for a group of rebels. While at the academy, Laia meets an unlikely ally and together they attempt to overthrow the Martial regime.

Jonas from The Giver by Lois Lowry

Jonas lives in a seemingly perfect world but on his twelfth birthday, when life roles are assigned, he learns the truth. Given the prestigious 'Receiver of Memory' role, Jonas will take on the memories and emotions of his community to maintain order and prevent prior mistakes from happening again. But is their 'perfect' world worth sacrificing the freedom to remember the past?

Frenchie from The Marrow Thieves by Cherie Dimaline

In a world ravaged by global warming, dreams are humanity’s escape. But Indigenous people are the only ones still capable of dreaming, which makes them the prime target of hunters who harvest bone marrow to restore dreaming abilities. In search of safety, Frenchie and his friends trek northward to evade the marrow thieves. Along their arduous journey, they must search for a way to defeat the thieves indefinitely.

There are two societal classes based on blood color: Reds and Silvers. Mare Barrow is part of the lower class born to serve the elite Silvers, whose blood gives them magical powers. Resigned to a life of servitude, a chance encounter at the Silver court changes her fate forever. When Mare, a Red, discovers that she has powers of her own, the Silver monarchs will do just about anything to cover up her true identity. Now claimed as a 'lost Silver princess' by the elite, Mare must learn to navigate a new world full of betrayal.

Sixteen-year-old undocumented immigrant, Vali, and her family are forced to leave their small Vermont town when her mother’s counterfeit chip starts to fail. It won’t be long until the Deportation Forces start searching for them. But just as Vali and her family set out on their journey to the sanctuary state of California, her mother is detained, and Vali is forced to brave the trip alone with her younger brother. In a country where everyone is chipped and tracked, the road to survival won’t be easy.

Citra from Scythe by Neal Shusterman

Imagine a world where humankind has eliminated disease, hunger, war and death. This is the world where sixteen-year-olds Citra and Rowan live. In order to control the population, a group of Scythes has been formed and ordered to kill at random. So when Citra and Rowan find out that they’ve been chosen to apprentice to a Scythe, they are horrified. Can they learn to take others’ lives in order to save their own?

Emika from Warcross by Marie Lu

Emika Chen is a virtual bounty hunter that tracks down illegal betting in Warcross, a video game played by millions across the globe. But when Emika accidentally glitches herself into the Warcross Championship and catches the eye of the game’s creator, billionaire Hideo Tanaka, her world changes forever. She is suddenly famous, living in Tokyo and taking on a new position as a spy tasked with uncovering a major security issue within the game. As Emika dives deeper into her investigation, she discovers deadly secrets that will have irreversible consequences for players in the Warcross universe. 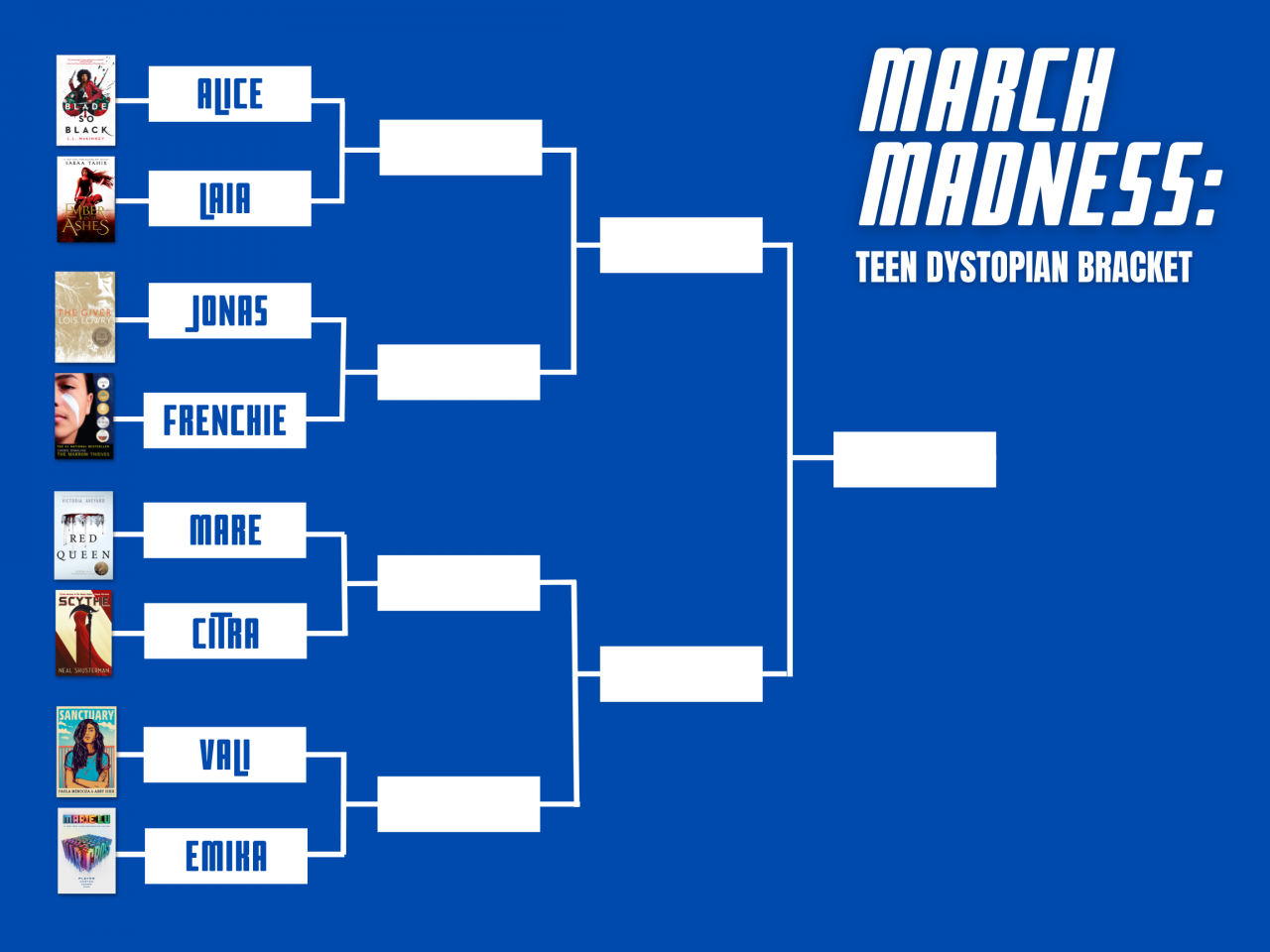 A New Look for our Catalog!
Celebrate Women's History Month!